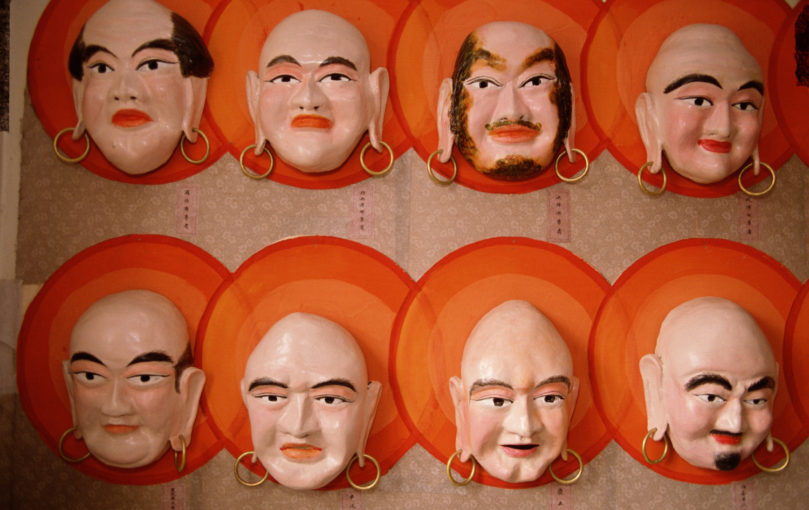 The language called “Silbo Gomera” (Gomeran Whistle) spoken on one of the Canary Islands, “La Gomera”, which is located off the coast of Morocco, consists entirely of whistles. It is structured in such a way that the islanders are able to mimic the spoken language of the region – Castilian Spanish – through whistles.

More than 1,000 languages are spoken on the continent of Africa.

Over 20,000 new words in French are created each year.

Kinshasha, the capital of Congo, is the world’s second largest French speaking city.

Mandarin Chinese is the most spoken language in the world.

The most difficult language to learn is Basque, which is spoken in northern Spanish and southern France. The word in Basque for their language is “Euskera”. It’s a very old language whose origins are unknown however many renowned linguists and historians believe that it can be the direct descendant of the language spoken by the dwellers of the caves of Altamira, Ekain or Lascaux. The Basque language’s origins date back to the Neolithic, but there is evidence that it could be even older.

All pilots on international flights identify themselves in English.

Cryptophasia is a language phenomenon developed by twins (fraternal or identical) that only the two children can understand. The word has its roots from the Greek “crypto”, meaning “secret” and “phasia”, meaning “speech”. Most linguists associate cryptophasia with idioglossia, which is any language used by only one, or very few, people. Cryptophasia also differs from idioglossia on including mirrored actions like twin-walk and identical mannerisms.

Hindi did not become the official language of India until 1965

Over 300 languages are spoken in London alone.

The first language (from Earth) spoken in outer space was Russian.

Papua New Guinea has the most languages on the planet at 840!

What’s in a name? Actually, much, much more than most realize. When choosing a product name for world markets, be sure to select a name that can be used and pronounced by your global customers. People have a hard time buying a product if they cannot pronounce the name. What’s worse is a name with negative connotations or one that may even sound like something racy, distasteful or even humorous in your customers’ languages. It is of paramount importance to thoroughly investigate what the name means and sounds like in the languages of your target markets. It is equally important to make sure that the name is not already trademarked.

The phrase “It’s all Greek to me” is over 400 years old. It was coined by Shakespeare in “Julius Caesar” in 1599. Prior to that, however, it may have been a direct translation of a similar phrase in Latin: “Graecum est; non legitur” (“It is Greek, [therefore] it cannot be read”). The phrase was used by monk scribes in the Middle Ages, as knowledge of Greek was dwindling among those copying manuscripts.

When it comes to difficult languages, Khmer is an excellent candidate. Khmer is spoken by around seven million people in Cambodia, Vietnam and Thailand, and its alphabet contains the grand total of seventy-four letters. We thought spelling in English was difficult!

How many Disney fans remember that catchy song, “Hakuna matata”, from “The Lion King”? The song is sung in Swahili and the title means “No problem”.

Along with other well-known professions, translation is one of the world’s oldest. A dictionary that was chiseled on clay tablets using a writing method known as “cuneiform” dating back to 6,000 to 10,000 years, was recently discovered in the Middle East. On it are two columns of words in two different ancient tongues.

In ancient times, interpreters were often used as scapegoats if negotiations went sour between neighboring tribes and nations. An interpreter was considered a very hazardous profession and there wasn’t any workers’ compensation insurance!

According to Biblical legend, the Tower of Babel was built by people who all spoke the same language. Their vanity drove them to construct a tower reaching into heaven. It was destroyed and the mortals were punished by being made to speak many languages.

The language of Esperanto, created by Ludwig Zamenhoff, was man’s most recent attempt to create a single, universal language. In a word, it was a flop.

Saint Jerome, the patron saint of translators (347 – 419 AD) translated both the Greek and Hebrew versions of the Bible into Latin. Every year on September 30th (the day of his death) translators around the world celebrate International Translation Day.

Back in the 70s, President Carter was giving a speech to the Polish people and he wished to express his affection to the audience and said “I love you”. His English-Polish interpreter translated it as “I lust after you” which, needless to say, made the crowd roar with laughter!

After Mexico, The United States has the second largest population of Spanish speakers in the world, and the numbers change every year. The official estimate for the U.S. is 53 million people, of which approximately 41 million people are native Spanish speakers and 12 million people speak Spanish as a second language . Due to the huge rise of the Hispanic population in the U.S. in recent years, Spanish is the most translated language in the United States, and in the world, today. American businesses have a major stake in effectively reaching this enormous market, both inside and outside U.S. borders.

“Spanglish” is the term for the Spanish-English hybrid language emerging here in the United States wherever Hispanic and American cultures blend.

It has been said that the “typical” human is an 18-year old Chinese girl. Statistics show that there are more females than males on earth and the average age is 18. Additionally, Chinese is spoken by more people than any other language on the planet. More than 1.2 billion people speak some dialect of Chinese in the People’s Republic of China alone. 6+ million more speak Cantonese in Hong Kong. There are another 21 million Chinese speakers in Taiwan. And the number of Chinese speakers around the rest of the world…who can count? Does your company target this huge market of potential customers? Your competitors do…

Although there are many spoken Chinese dialects (Cantonese, Taiwanese, Shanghai-ese, etc.) Mandarin Chinese is the official spoken language in mainland China and Taiwan. Cantonese is not a written language. A Cantonese “translator” is someone who orally interprets the Cantonese dialect of the Chinese language.

If your company has not identified its target market among mainland China, Taiwan, or Hong Kong, all printed materials should be in Traditional Characters.

It is culturally incorrect (and offensive) to use Simpliﬁed Characters in Taiwan and Hong Kong. Using the correct language shows the sincerity and courtesy of a foreign company to the Chinese local business and consumers.

Writing began in China over 4,000 years ago with drawings of natural objects, and these drawings gradually became simplified and stylized into pictographs, or pictorial characters.  Other symbols represent ideas and abstract notions and are correspondingly called ideographs.  Over the past 3,000 years, at least 70,000 characters have been in use at one time or another, but currently only about 10,000 are used for modern texts.

Without special arrangement, 800 numbers do not work when dialed from outside the United States (not even from Canada). Be sure to replace any toll-free numbers with standard numbers (area code + seven-digit number). Your international customers will thank you.

Puns, plays on words, idiomatic expressions and colloquialisms can usually be translated successfully by meaning or intention. Some creations, however, such as “E-Z” or “made-right”, for example, present difficulties for translators. Also, trademarked product names are not usually translated.

Cultural-specific “Americana” references are perhaps the greatest caveat in the translation and localization process. When writing for international audiences, keep the intended readers in mind. Your messages should make the readers feel like the content was created specifically for them, not as an after-thought.

There are approximately 5.5 million Armenians in the world. Over 4.5 million living in Armenia, 150,000 in Iran , about 350,000 in the U.S.,  and the rest scattered all over the world. Eastern Armenian is spoken in Armenia and Iran whereas Western Armenia is spoken in other parts of the world (i.e. Europe, Middle East, North and South America, etc.). Even though there are slight differences in the tone of voice between the two they are basically very similar.

Arabic is written and read from right to left, so that a book or pamphlet printed in Arabic opens towards the right (the reverse of a European book) and shifts the alternation of even and odd pages. Arabic is a cursive script whose letters vary in form depending on whether or not they are next to spaces or linked to other letters. Some letters have as many as four distinct forms. Arabic makes no distinction between upper and lower case.

Farsi has been written using the Arabic script ever since the conquest of Iran by the Moslems in the 7th to 9th centuries. Because the Arabic alphabet was not originally conceived for Farsi, it has had to be adapted through the addition of several characters for sounds that don’t exist in Arabic.

Japanese is spoken by approximately 123 million people on the islands that make up Japan, and another 2 million elsewhere in the world, particularly Brazil and the United States.  Standard Japanese is based on the Tokyo dialect.

There are four ways of writing Japanese: Kanji, Katakana, Hiragana (developed by simplifying the grass, or cursive, style of calligraphy), and Romanji. Historically, Katakana characters were used in combination with Chinese characters to indicate correct pronunciation; whereas Hiragana characters were used mainly by women and not mixed with Kanji. The contemporary habit is to use Chinese characters for content words and Hiragana for grammatical function words such as particles and inflectional endings.  Katakana is used to write borrowed words from foreign languages. In addition, Romanji is a phonetic writing system using the Roman alphabet.  It is used to write subway station names, for example, and as an aid for foreign tourists, to express foreign acronyms (such as ILO, IMF, or NATO), as well as in advertising.

How are we doing? Click on the image above to take our Customer Satisfaction Survey and receive a 10% discount off of our translation services on your next project.

Learn about our Zoom™ Virtual Language Interpretation services for your meetings and/or webinars!

Find us in the Yellow Pages in your city or town under Translators & Interpreters.